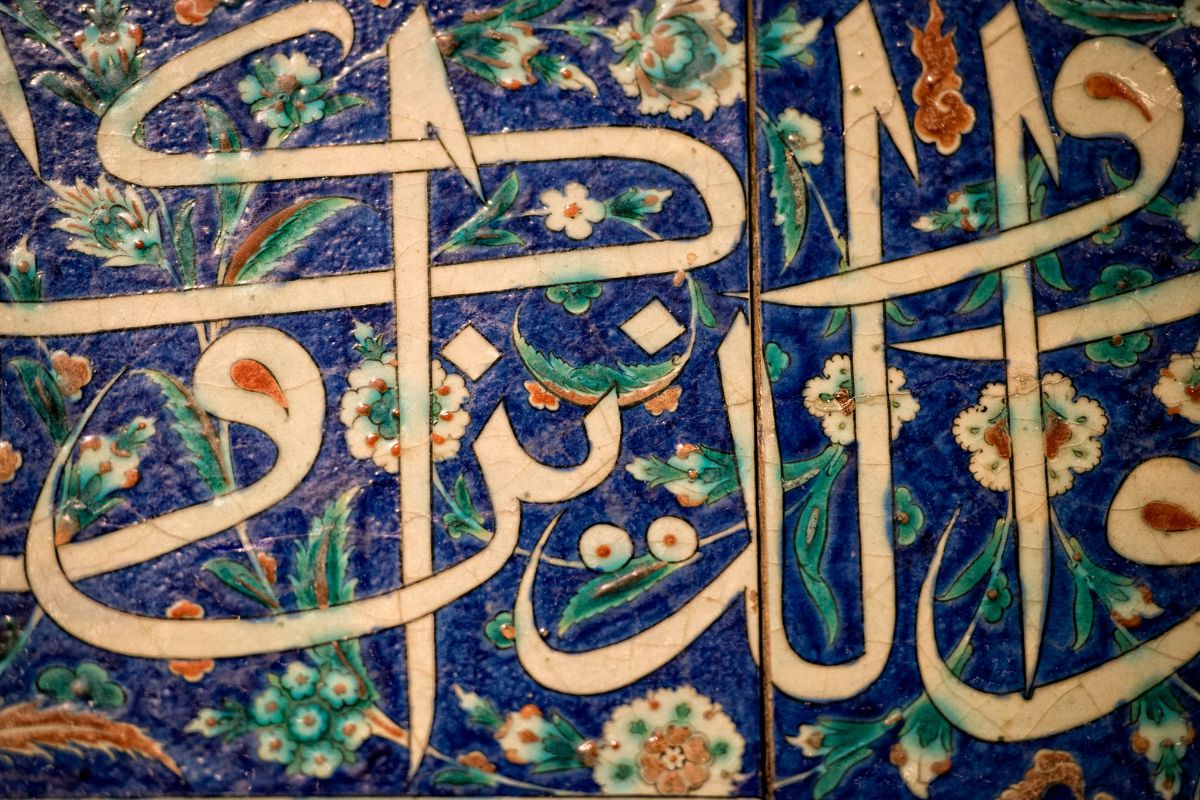 Ceramic or pottery has been known since ancient times. Some artifacts of clay firing found in archaeological excavations date back to the Mesolithic era.

From the beginning, people decorated clay products, because the need for aesthetics is inherent in any person. Clay as the material of the greatest plasticity allows you to create an absolutely unique in its pictorial properties things. Initial decoration was characterized by simplicity and spontaneity – it was mainly stamps or impressions on the raw clay, the so-called “rope” ceramics. Although the coloring of pottery has long been known, the greatest breakthrough in this was made by the Persians, who created the recipe for stable colored glazes in the 7th century BC.

The palace friezes in Susa with images of warriors on glazed ceramic tiles are the most ancient of all architectural ceramic images, but even now they do not cease to impress with the skill of their performance and preservation of color.

Ceramic technology developed simultaneously in all parts of the world, but in different ways and depending on circumstances. China invented porcelain in connection with the discovery of coaline, and the religious ban on gold crockery in Eastern countries led to the emergence of lustre technology – the coating of ceramic products with the thinnest overglaze films of metal oxides, which made it look like a precious vessel.

The Arabs’ mastery of glazing and lustre technology marked the beginning of an entire era in ceramics and made it possible to create truly extraordinary works of ceramic art. Religious restrictions in pictorial subjects led to the emergence of the most complex ornaments – arabesques, which like a carpet cover the walls and floors of Arab homes.

We can say that it was the Arabic who started the decoration of the facades of buildings with ceramics. They brought their technology and ornamentation to Europe, and with them began to spread majolica across the continent, which got its name from the island of Mallorca, through which the samples of Arab ceramic art were imported into Europe.

The complexity and density of ornaments on Arabic ceramics is astonishing. It seems utterly impossible for human power to create such a large-scale work under such limited technological conditions. Ceramic tiles are used in places of worship and private homes. But it was in the temple construction that all the decorative power of Arabic majolica showed itself.

Qubbat as-Sakhra (Dome of the Rock) 687-691 is one of the oldest Islamic temples located in Jerusalem. Its façade is decorated with majolica friezes and its interior is richly decorated with patterned mosaic ornamentation.

Its uniqueness lies in its resemblance to early Christian temples, since by the time it was built the basic canons of Muslim temple construction had not yet been fully formed.

An outstanding monument of art, world and Islamic architecture is the Sultan Ahmet Mosque in Istanbul (Blue Mosque). Its walls are covered with 200 thousand blue ceramic tiles of Iznik.

Another monument of architecture and ceramic art is Sher-Dor Madrasah in Samarkand. Its majolica mosaic is unique and among the rarest works of Islamic art.

The Tillya Qari Madrasah, whose facades and interiors are faced with ornate mosaics and majolica with geometric, floral, and graphic ornamentation, is no less interesting.

The Shah-i-Zinda mausoleum complex of the Timur era is a collection of small portal-dome structures, similar to each other, but not repetitive. The majolica decor here is brought to perfection. The iridescent tiles of the blue domes and portals, covered not only with picturesque, but also with a relief pattern, sparkle with countless shimmers.

The combination of simple architecture and elaborate ceramic fantasy in the finishing gives the ensemble of Shah-i-Zinda an inimitable charm.

The majolica tiles of these structures still retain their glaze quality and rich color.

In all its magnificence majolica was used by Pyotr Vaulin in decoration of the Sobornaya mosque in St. Petersburg, using the lustre technology, after it was “discovered” in the Abramtsevo workshop with Mikhail Vrubel.

The mosque amazes with the richness of its decoration and the complexity of its tiles, for the creation of which Vaulin sent the artist P. M. Maksimov to Turkestan to restore the way of making medieval carved majolica.

The victorious march of Islam in the Middle Ages had a huge impact on the culture of Europe. The penetration of Arab techniques in the Pyrenees led to the emergence of the Moorish style in architecture and art. The Spanish and Portuguese adopted the facades of ceramics from the Arabs, transforming the pictorial techniques and creating their own majolica – azulejo.

The azulejo is a truly unique phenomenon, which combined the features of applied art of several nations at once: Arab majolica technology, Chinese coloristics and pictorial techniques, which were successfully applied for painting on ceramics traditional European subjects on domestic and religious themes.