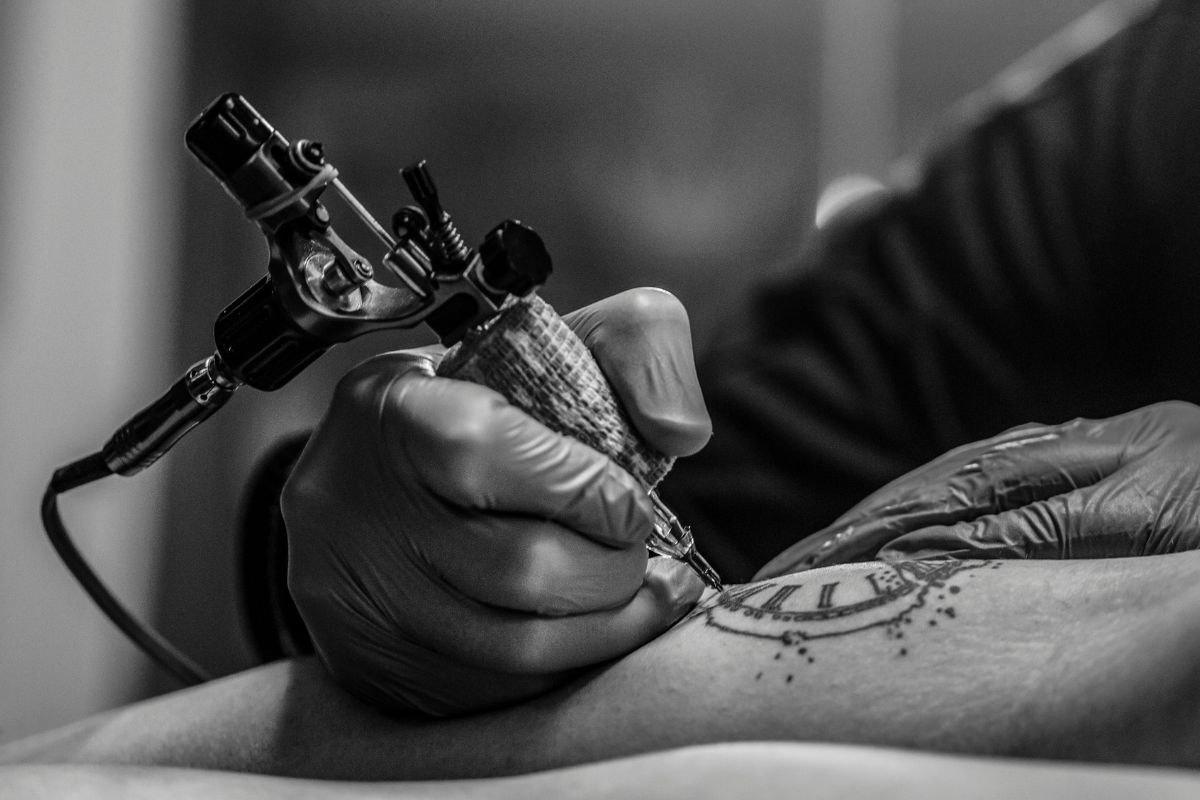 According to the Muslim holy scripture Quran, it is not recommended to get tattoos. This is because Allah created man, and any change in appearance is an act against the will of the creator. However, many people prefer to put on their bodies the images associated with Islam, without being carriers of this religion. What is the reason for that? Probably because of the beauty of the images and the mystique that Arabic art tattoos carry.

Why is it forbidden to do tattoos to people who worship Allah? There are several reasons for this. First of all, the opponents of this type of tattoo refer to the holy scripture, in this case the Koran. According to this book, it is not allowed to make changes to one’s body, as this offends the creator. According to the second version, only permanent tattoos are not recommended. This is due to the fact that during the trips to the toilet, a Muslim must remove everything that bears the sacred religious symbols. And with a tattoo, it will not be possible to do the same.

In both cases, it is stipulated that no changes can be made to one’s appearance if it cannot be reversed. Thus, a henna tattoo is allowed, as it can be removed. Tattooing or other actions with cosmetics that can be washed away are also allowed. Muslim tattoos, photos of which can be found in the article, do mostly those who came to Allah, already having similar images on themselves, or not zealous adherents of Islam.

Tattoos in the Arab world

In most cases, the tattoos that were done by adherents of Islam indicated prayers that cured severe illnesses. However, even in this case, when recovered, the tattoo should have been removed, if it could be done without harming the health. Women used tattoos to lure a man to them in order to keep a spouse. Such images were strictly forbidden to show to anyone except her husband.

Important: It is not recommended to reduce already existing Muslim tattoos, the meaning of which was once liked, if there is a risk of skin diseases. This is because if the image cannot be removed, then Allah does not want it, and he knows better what a person needs.

Muslim tattoos are a variety of drawings applied to the skin in Arab countries. However, they are applied not only by Arabs, but also by people living in other regions. This is due to the fact that Muslim tattoos, whose designs look gentle and mysterious, are popular in many countries. There are several varieties of Arabic tattoos:

In ancient times, there were rituals that were based on the application of certain drawings on the skin. Such traditions existed in many countries, and the Arab world was no exception. In some countries, there was a custom offering to do tattoos to infants, upon reaching one month of age. Such images were supposed to protect from bad deeds. Rough drawings, most often of geometric figures, were also applied. They were supposed to ward off evil spirits and bring happiness to families. There were also special, medicinal images that were painted on places where painful feelings were felt.

Arabic inscriptions as a type of Muslim tattoos

What is the interest in inscriptions made in Arabic? The fact is that such images look exotic and at the same time elegant. There are certain peculiarities that distinguish the Arabic script inscriptions from the others. For example, the text is not written from right to left but from left to right. Thus, the effect of continuous writing is achieved. It is not permissible to write in the usual way. This can fundamentally change the meaning of the statement.

Important: Before applying a tattoo representing any statement in the Arabic language, it is necessary to refer to more than one source. This will help avoid embarrassing misunderstandings. After all, few people would want to get a curse or just the name of an object instead of the expected statement that brings peace or love.

In addition, a tattoo that denotes a name written in Arabic script stands out. Here, too, there is the possibility that the same name written by different tattoo artists will have a different look. The fact is that there are many variants of writing, which depend on many factors. Therefore, it is better to consult with native speakers who can explain what spelling is most common.