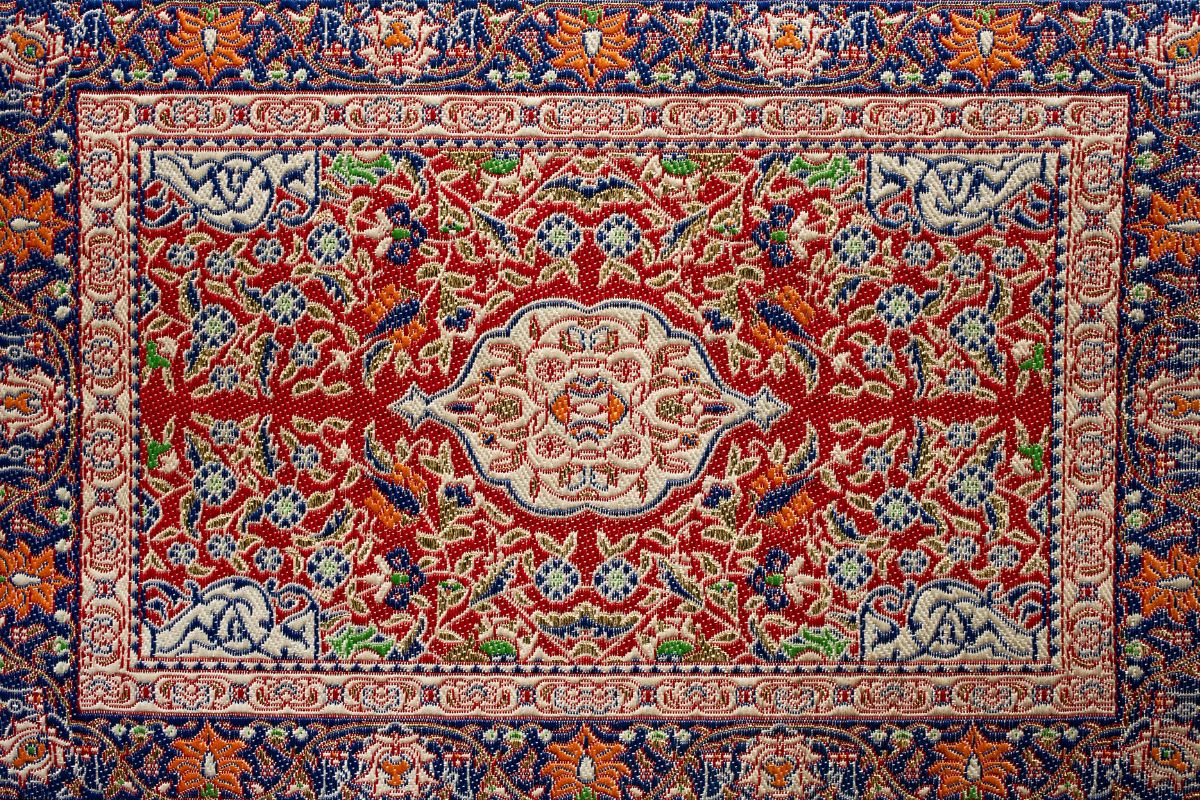 The main form of artistic expression in the Arab culture was ornamentation, which is extremely developed in various forms of applied art and architecture. This was due to the ban on the depiction of man in the religion of Islam.

The main types of Arabic ornaments

Arabic ornaments may resemble Persian, Byzantine patterns and partly Greco-Roman ones. They come in two kinds:

Very rarely both motifs are used together, more often separately. Representatives of fauna in the ornaments are practically never met. The continuous geometric motifs were used for immersion in a state reminiscent of meditation. Through their contemplation, a person tried to comprehend the mysteries of the universe. Islimi comprised both exact replicas of various flowers and fruits, and stylizations of various plant parts altered beyond recognition. Some parts of the Arabic are used to fill in the background and some other tasks.

Ornamentation was also used for decoration Arabic furniture was made of wood and carefully crafted. Various parts of household items were decorated with carved ornaments: the most common was the lancet arch.

The principles of creation of the ornament

The ornamentation of the Orient was largely based on mathematical principles. The first type of ornament in the Arabian style is created out of geometric patterns. The peculiarity of girih is its building on “grids”, which may overlap each other. At the heart of the pattern is a circle, which is divided into parts and arranged in other figures. This is how complex patterns are made by overlaying squares, polygons and circles. Each element of this pattern is mathematically verified, and each figure has a specific place in the “grid”.

Between the girikh and islis are special figures – medallions. These are arches and rosettes, a figured border, madohili. Arabian ornaments use zoomorphic and mythic motifs, heavenly bodies, ritual subjects and scenes from everyday life. Because of the ban on certain types of images, motifs with animals were often stylized and contained almost no living creatures. The color scheme was not uniform for all the patterns.

The connection between the Arabian ornaments and calligraphy

The ornamentation, called arabesques, consists of a complex system of intertwined geometric and vegetal motifs, including inscriptions in special canonical scripts. These include Kufic, Nasakh and rectangular scripts. The lettering is defined geometrically and the proportions are set by the alif, the first letter in the alphabet.

An imaginary circle, the diameter of which equals the alif, is used as the diameter of each sign. Calligraphy had a special place in oriental culture. Mastering this technique was considered an indicator of cultural development of a person and his high spirituality. Calligraphy was closely connected with the Arabian ornaments and patterns.

Arabian ornamentation is characterized by its ornamentation, especially common in the Muslim decorative arts of the Middle Ages. This style prevailed not only in architectural decisions. It was actively used in music and poetry. Great thinkers of the time tried to find a connection between natural phenomena and describe them with mathematical formulas. Oriental philosophers believed that you can express human ideas about beauty and happiness in a floral ornament.

The motifs and colors of Arabic designs

Between the girikh and islimi are special figures – medallions. They are arches and rosettes, figure border, madohili. Arabian ornaments use zoomorphic and mythic motives, heavenly bodies, ritual subjects and scenes from everyday life. Because of the ban on certain types of images, motifs with animals were often stylized and contained almost no living creatures. The color scheme was not uniform for all patterns.

Red and blue prevailed in the drawing, diluted with white and golden tones. Special paints were used in the East, which were combined in a special way. A feature of Arabic architecture were “stalactites” – many small niches included in each other. They were made of terracotta or plaster and were able to convey subtle transitions of shades and the play of light and shadow.