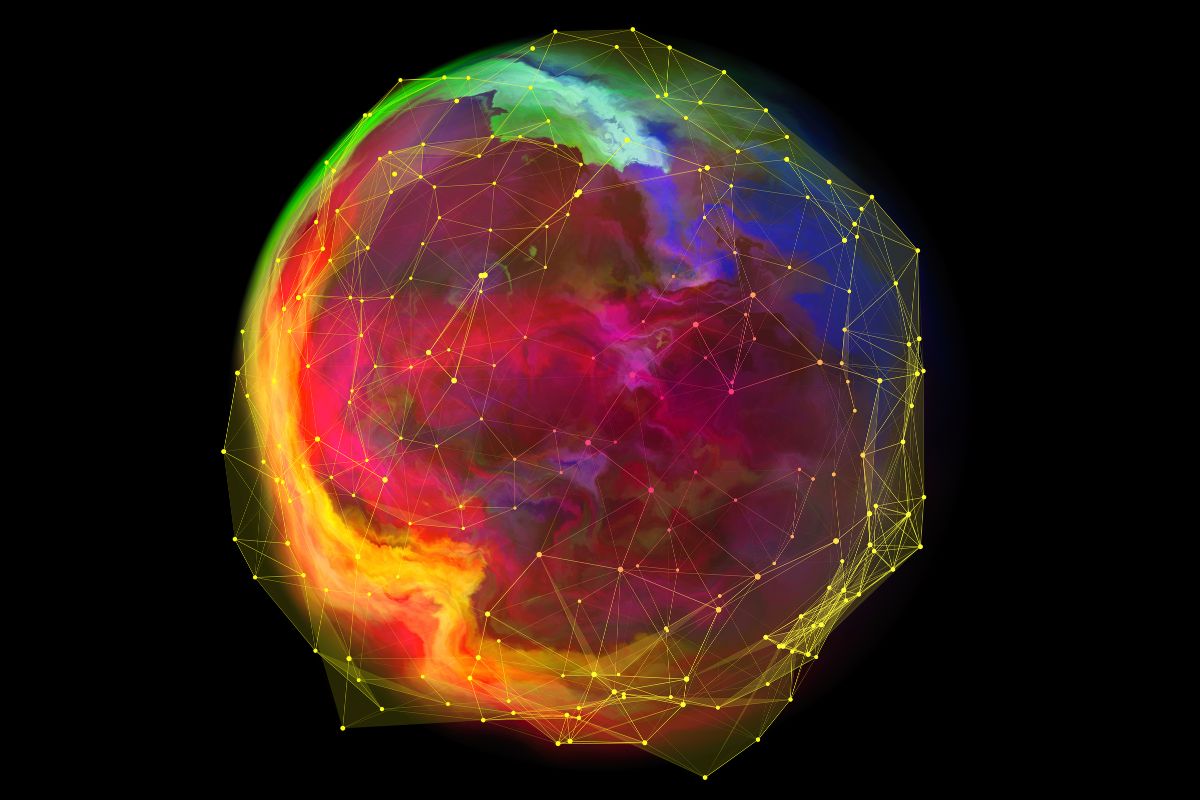 An abstract painter, when he paints a picture, he comes from inside and it doesn’t depend on his artistic education. What matters is the inner filling, the spiritual world plays a role, not the ability to depict objects realistically. One may not believe that abstraction is as important as classical art. That it is one of the important stages in the development of art, not a decline. Abstract painting emerged as a new stage in the development of human cognition. It can be compared to the discovery of the theory of relativity in physics. Science moved to abstract concepts. Artists began to depict something that did not exist, but influenced the mood. In the 18th and 19th centuries, this was impossible. Antique paintings looked like photographs. The eyes of the viewer could not perceive abstract images. Even people in caricature in the 19th century artists depicted as realistically as possible, because the eyes of the viewers did not perceive simplified images. In the 20th century, new facts about the workings of the brain were discovered. That the processes that take place in the mind of an abstract artist are closest to the natural nature of creativity. The brain at this point works in the mode of maximum immersion into the subconscious. An opportunity arises to manifest what is hidden within the mind. This can be used not only in painting, but also in poetry and prose. The writers and poets of the modernist and postmodernist era are the same abstract artists only in literature. Abstract Expressionism, the only style in painting where the artist depicts something about which he knows nothing yet. He can create images he has never thought of before. The same is true of poetry. The poet doesn’t know what the result will be.

What will the work be? The words and images come into his head all by themselves. The meaning of the poem is often hidden to the author. Doing abstract painting is like taking a walk in a Chinese garden. I can choose any of the paths, but it doesn’t depend on me what kind of landscape will appear in a couple of steps. What trees, flowers, or a pond of water lilies will appear around me. The scenery appears unexpectedly and everything has its own hidden meaning. The color, texture, and shape of the lines in the abstraction are a reflection of the artist’s mind at the time of the painting. He paints what he feels at the moment. Sometimes, he deliberately adds meaningful images. People’s faces appear among the blurbs. The picture becomes more valuable with mistakes and what appears to be a marriage. Spots and blotches on the canvas enable new ideas; they arise independently of the artist. He does not avoid blunders and appreciates what appear to be accidents on the canvas. He accepts them as a necessity. Mistakes are not evil, but a chance for diversity at the expense of disguising orderliness. Order reduces diversity. Abstractionism is most identical to the inner world. No one else can replicate the picture. It is an imprint of the mind. Emotions arise on the surface of the canvas from the first seconds of work. The brush obediently goes where the material and paints lead, they control the hand. Then the picture emerges unpredictably. The artist sometimes becomes an observer. Only partially correcting himself. This is where experience comes into play. The true value of an abstract painting lies in the depth of the canvas. An infinite number of images are hidden under layers of lines. Each time something new can be seen.